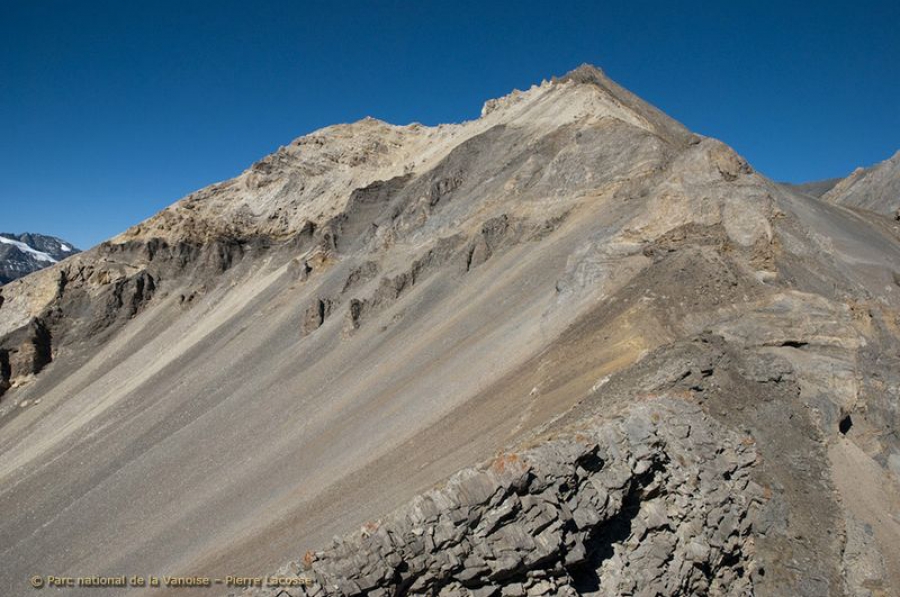 Situated between the high Maurienne and Tarentaise valleys, the Vanoise National Park is home to high mountains, rising to more than 3, 000 m, on which many glaciers remain. There are also valleys which open onto wide, easily accessible passes.

The variety of its rocks (calcareous, gypsum, sandstone, quartzite, shale, mica schist, gneiss…), linked to a very complex geological structure, the altitudinal range, its position at the intersection of different climates, contributes to the remarkable wealth of geology, flora and fauna of the massif.

The Vanoise massif is a unique habitat not only for ibex, chamois and eagle, but also for many other animal and plant species, whether in the heart of the park or in its optimal partnership zone.

For example, among the flowering plants, certain French species grow only in the Vanoise National Park. (One example is the Gentiana utriculosa).

The protection of species and their habitats begins by the acquisition of knowledge and the implementation of plans of action. Not only does the park ranger make a great number of observations during his rounds, he is also at the origin of numerous inventory and monitoring programmes, the protocols of which he works out with the scientific council or in conjunction with the other national parks.

Thousands of data have been collected during these programmes, which also help to better understand developments.

Beyond this natural wealth, the National Park also has a rich culture, especially through the built and religious heritage (particularly chapels in high altitude pasture) and the “Road of salt and cheese” between Pralognan-la-Vanoise and Termignon.

The park is involved in the restoration and valuation of the built heritage (implementation of knowledge and use of traditional materials).

Vanoise also has a dynamic pastoral activity, driven by the Beaufort cheese, which is typical of the National Park's character. The support for this activity is in the centre of the actions of the Park.

The Vanoise National Park offers many opportunities for walks and long hikes with a network of almost 500 km of marked paths and “discovery trails” of the natural environment, some of which are accessible to those with motor disabilities. The Park also offers hikes adapted to the motor and visually impaired.

It was the first French park (created in 1963) and so this year celebrates its 50th birthday . In this special year and in addition to the celebration of this birthday, the Park also organized and hosted the Danilo Re trophy and saw the creation of the .Alparc association

It constitutes, with its neighbour the Gran Paradiso national park, one of the largest protected areas in Western Europe, with 1, 250 km2.The two parks have been twinned since 1972 and in 2012 they were given the joint renewal of the European Diploma delivered by the Council of Europe which establishes the quality of management of the protected areas.

The site http://www.parcnational-vanoise.fr gives the references of all the specialized publications and a complete description of the protected area.