The bearded vulture soars high in the Alps 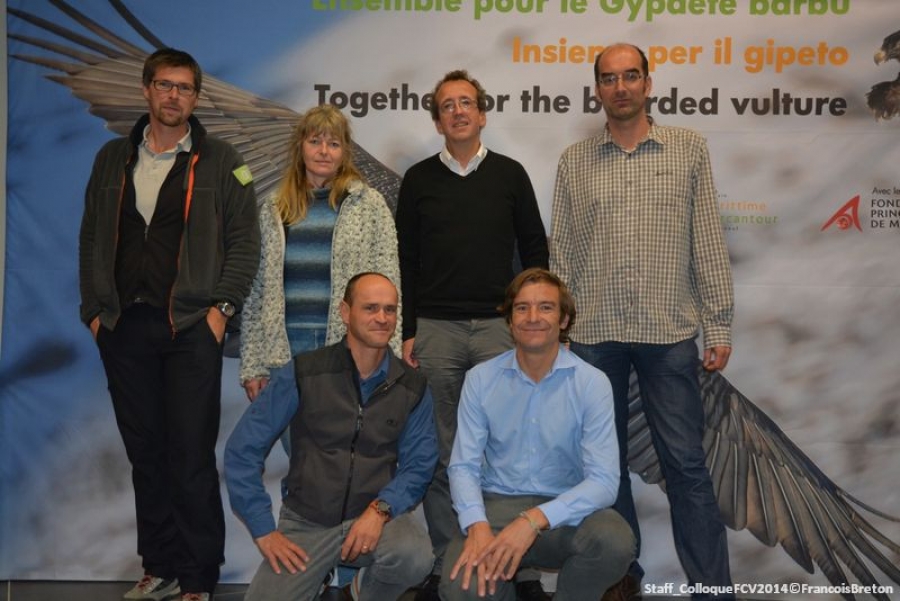 On Saturday 9 and Sunday 10 November, the Vulture Conservation Foundation (VCF) held its annual international meeting in the Mercantour National Park. Around 80 experts in the Bearded Vulture (or Lammergeier) descended on the Ubaye valley to exchange notes about the international re-introduction programme of this species. The meeting, actively supported by the Fondation Prince Albert II de Monaco, also provided the occasion to announce the continuation of its financial backing for the re-introduction of Bearded Vultures in the Mercantour National Park and Alpi Marittime nature park in 2015.

The 80 experts and scientists (ornithologists, administrators of protected areas, representatives of NGOs…) met this weekend at the Séolane visitors’ centre at Barcelonnette (Vallée de l’Ubaye). Travelling from Alpine countries (France, Italy, Switzerland and Austria), but also from Portugal, Spain, the Czech Republic, Germany, Macedonia and Armenia, they met to take their annual stock of the international conservation and re-introduction programme for the Bearded Vulture, and also to plan the next steps.

The project is now entering its final phase: releases will still be carried out for a few years more, with the aim principally of increasing the genetic diversity of the population (this is still weak because of the origin of the birds released so far, all of which were bred in captivity) and to ensure the establishment of links with the Pyrenean population.

The forthcoming releases (2015) are planned for the Alpi Marittime Park, the Vercors and the Swiss Alps. Some vultures will also be released in the two other territories in which re-introduction programmes are already under way: in the Massif Central in France (Grand Causses- Cévennes, along the corridor towards the Pyrenees) and in Andalusia. The meeting also tackled some urgent questions concerning the conservation of the species in Corsica (which is now home to just five pairs), in Morocco, Crete and in the Caucasus, laying the grounds for a restoration in its natural area of distribution around Europe.

Source: Press Release Mercantour National Park. “Report of the International Meeting at Barcelonnette on November 8 and 9”