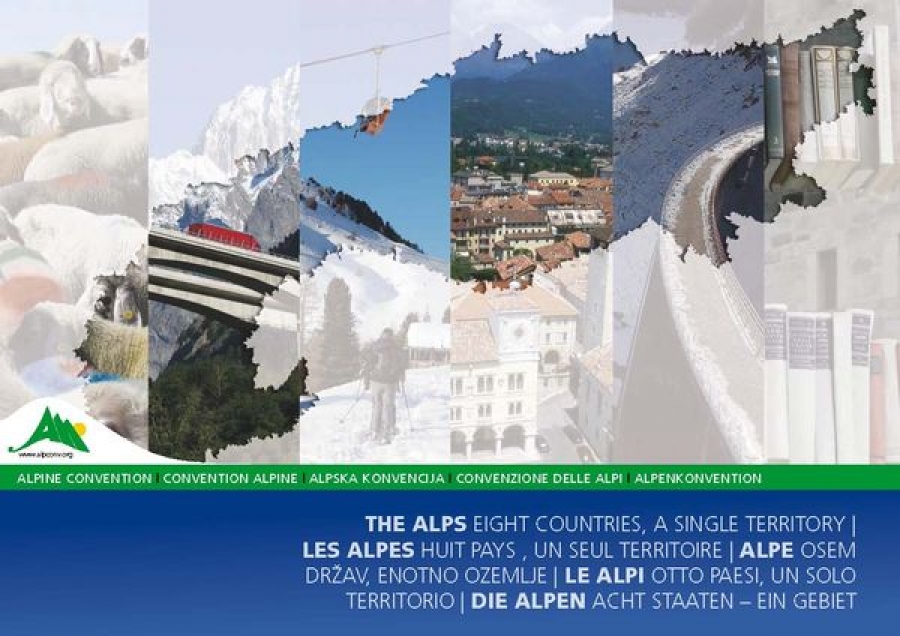 The signature of the Alpine Convention has marked a new historical turn. This Convention is much more than a treaty among States. It is the international recognition of the fact that a coherent development of the Alps - meant as a territorial system, necessarily requires the definition and the use of common tools, as much as the joint elaboration of policies and strategies, able to exalt the specificity of the territory.

Therefore, the book aims to be a key to access the Alpine Convention, seen not only as an international law treaty, but as a "set of tools" to pursue in a coordinate manner, a long-lasting balance between economic and social development and the need to preserve both the environment and our cultural inheritance.

It is a complete set of tools to work beyond national borders. A set of tools which are available not only to policy and decision makers, but also to the population, that in the Alps and more than in other regions, is closely linked to the territory. A territory that has to be managed with care...

In fact, the Alps are not a barrier to communications that have to be crossed through as quickly as possible, or a mine of resources that have to be exploited without any limits, or an amusement parc.