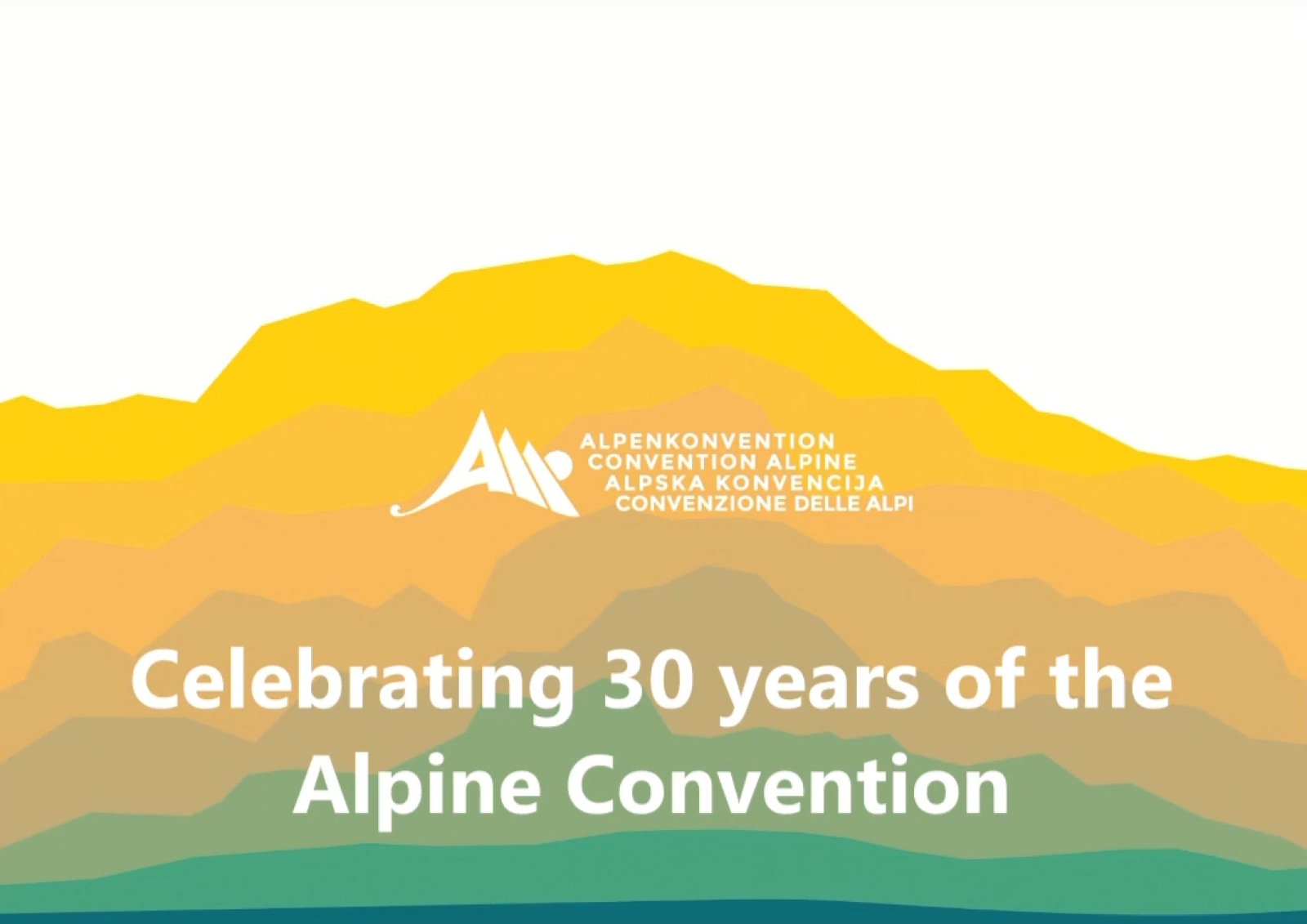 On 7 November 1991 the leaders of the Alpine countries sat down to sign a pioneering agreement for the protection and sustainable development of the Alps: the Alpine Convention. This created a unique, legally binding sustainability instrument aimed at safeguarding the sensitive Alpine ecosystems, the regional cultural identities and heritage in the Alps now and for the future. On the occasion of the 30th anniversary, a celebratory video was produced with contributions from the Ministers and delegates from the Contracting Parties, Observer organisations, Infopoints and many other valuable partners from across the Alpine region. Kind and inspiring messages arrived from past and present members of the Alpine Convention family – these can be watched in the anniversary video.

In addition to this look back, the Permanent Committee also looks ahead to the future – with the launch of the new Alpine Convention video. Through beautiful and captivating scenery and a symphonic soundtrack composed specially for the video, the film introduces the Alpine Convention and the important work it does in the Alpine region. The new video is available on the YouTube channel of the Alpine Convention.