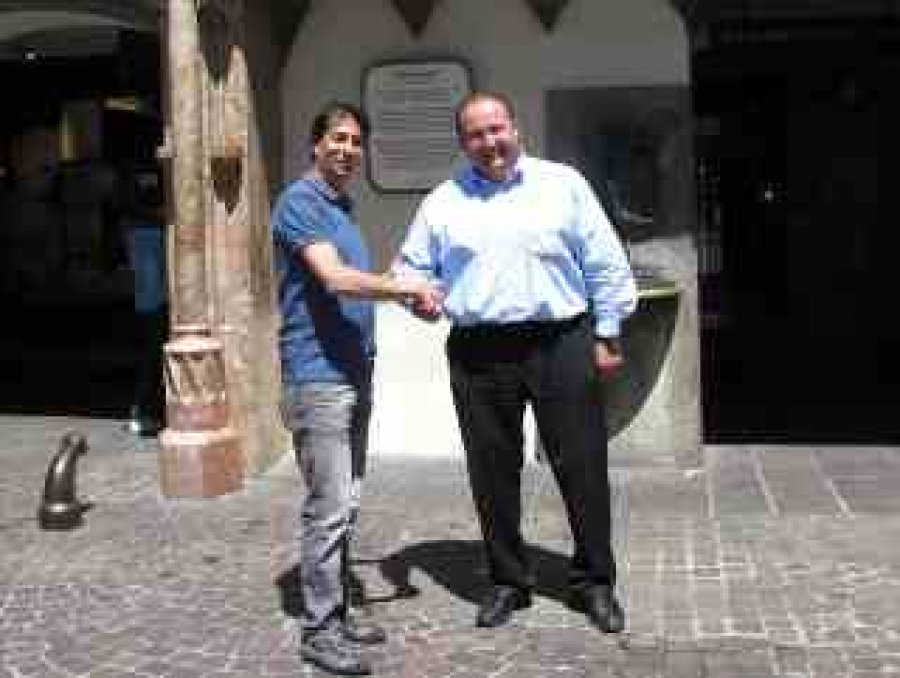 Markus REITERER started office as the new Secretary General of the Alpine Convention on 1st July 2013 at the headquarters of the Permanent Secretariat in Innsbruck.

He replaces Marco ONIDA who had held the post since 2007.

45 years of age, a lawyer, diplomat and fine connoisseur of the Alps, Markus Reiterer is the first Austrian to take this position.

Brief overview of his professional career:

After his studies of law, he worked at the Institute of International Law and International Relationships of the University of Vienna. He joined the Austrian Federal Ministry of Foreign Affairs, where he became the Head of Environmental Law in 2002.

In 2005 he took the position of Deputy Permanent Representative of Austria to the Conference on Disarmament in Geneva. At the end of 2008, he was entrusted with heading up the political department of the Austrian embassy in Washington. From December 2011, he worked at the cabinet of the Executive Secretary of the Comprehensive Nuclear-Test-Ban Treaty Organization (CTBTO).

"It is important to me to contribute on the comprehension and valorisation of nature and culture, life and economy in the Alps and to the sustainable development of the Alps," Reiterer says. The designated Secretary-General wants to enhance "team - building", cooperation and solidarity between the Permanent Secretariat, the Alpine states and the observer organisations. (cf Alpmedia ).