21st Danilo Re Memorial: The Results 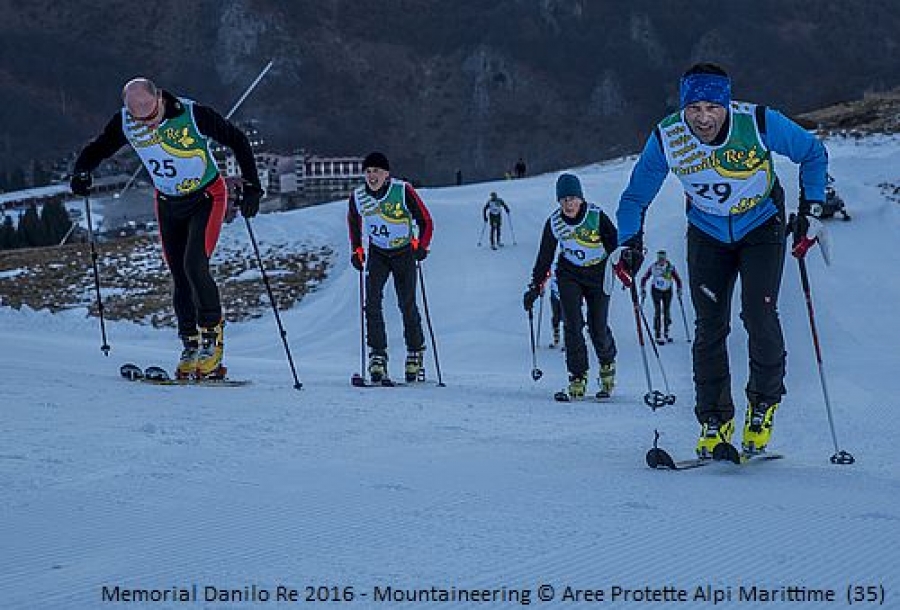 As from 1st January 2016, the two Italian natural parks Marguareis and Alpi Marittime are officially considered to form one park, managed by the body “Ente di gestione delle aree protette delle Alpi Marittime”. Against this background they hosted the 21st edition of the Danilo Re Memorial in Chiusa di Peso (Cuneo - Italy) from 21st au 24th January 2016.

More than 165 people (park rangers and employees of the Alpine protected areas) gathered together for this 21st edition of this festive event now not to be missed by any of those who take part. The lack of snow did not prevent the competition from being a real success and the Italians’ good humour only added to the joyful spirit of this Memorial. This year the park where Danilo Re, the park ranger to whom the event is dedicated, worked, hosted the Memorial.

Lastly, this year the delegates had the opportunity to take part in the international conference organised within the context of the European Life WolfALPS project and having the theme “The wolf population in the Alps: status and management”. In one session devoted to the experiences of the protected areas in wolf management, some parks showed videos depicting the various activities implemented for the management of the species in their territory. The conference was organised in collaboration with the Italian delegation of the Alpine Convention, who also hosted the meeting of the WISO platform meeting.

>> See the videos of the parks on “practical wolf management”

The results of the competitions in detail can be found on the Memorial website at this link.

This year the alliance formed by the Vanoise National Park (F) and the Gran Paradiso National Park (I) came first in the overall ranking, and the two teams of the Swiss National Park took the second and third places.

Once more, congratulations to all who took part!

The 22nd edition will be held in the Gesäuse National Park in Austria from 26th to 29th January 2017.