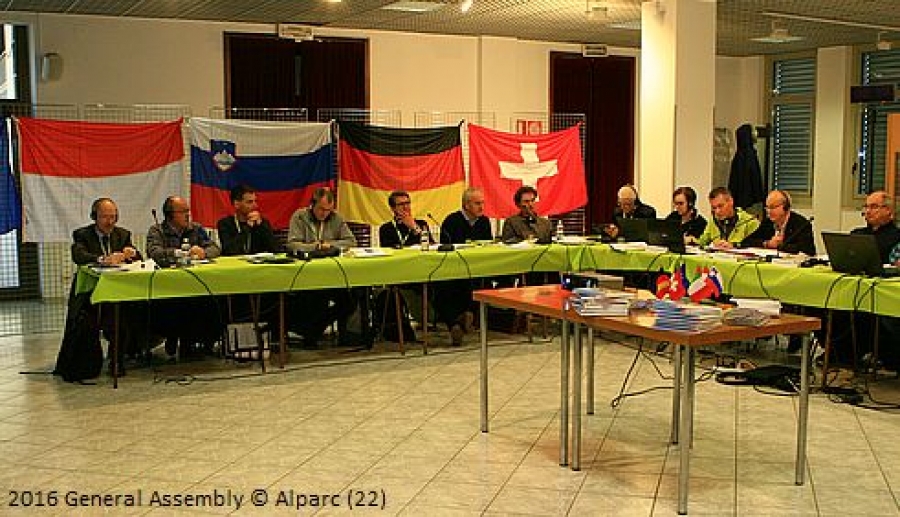 The fourth ALPARC General Assembly was held on 22nd January 2016 in Cuneo in Italy, in the context of the 21st Danilo Re Memorial which took place from Thursday 21st to Sunday 24th January 2016 in Chiusa di Pesio (Italy) in the Marguareis Natural Park/ Alpi Marittime Natural Park.

More than 50% of the network’s members were represented and the General Assembly validated the   official reports of the president, treasurer and director for 2015 as well as the ALPARC programme for 2016-2017.

For your information, the 2015 activities report can be downloaded at this link (in French here):

To access the German, Italian or Slovene versions of the activity report, change the language of this article in the menu above.

ALPARC will direct its strategies as follows:

During the General Assembly the year‘s communication activities to celebrate ALPARC‘s 20th anniversary were also recalled, such as for example the Photo and Land Art contest. The success of the first edition of the “Youth at the Top” project was widely praised after the showing of the retrospective video.

Various problematics were also broached, such as the management of water or again the impact of global warming on protected areas. ALPARC will, of course, be responding to the needs of its members.

In the afternoon delegates attended the conference entitled Life Wolf ALPS, its theme being “The wolf population in the Alps: status and management”. The conference was organised in collaboration with the Italian delegation of the Alpine Convention, who also hosted the meeting of the WISO platform.