2015: General Assembly ALPARC and Danilo Re Memorial in the Hohe Tauern, Tyrol (Austria) 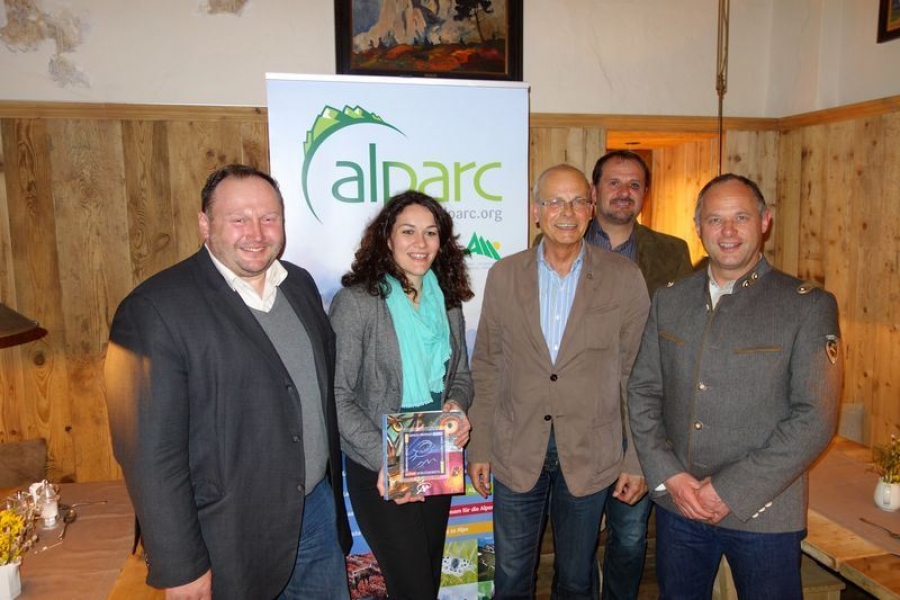 Photo legend, from left to right : the Secretary General of the Alpine Convention, Markus Reiterer ; the deputy governor of the Land of Tyrol, Mrs. Ingrid Felipe ; the ALPARC president Michael Vogel ; the representative of the Danilo Re steering committee Martin Šolar and the director of the National Park Hohe Tauern - Tyrol, Hermann Stotter.

The deputy governor of Tyrol, Mrs. Ingrid Felipe, officially announced it on March 17th, 2014 in Innsbruck in presence of the ALPARC President and the Secretary General of the Alpine Convention: the National Park Hohe Tauern - Tyrol will host the General Assembly 2015 of the Alpine Network of Protected Areas - ALPARC and the Memorial Danilo Re.

The National Park Hohe Tauern organizes for the first time in the history of ALPARC its General Assembly. The park, who is one of the founding members of the network and very active since the beginning, will so welcome the two most important events of the ALPARC calendar 2015 in the Defereggental in the valley of St. Jacob, where the Memorial sport event as well as the gatherings of field agents and managers of the protected areas will take place.

ALPARC and also the Danilo Re Memorial will both celebrate their 20th anniversary next year: one more reason to offer, beside thematic exchanges and sports events, also festive moments. A central theme of the General Assembly will be the future evolution of the network and its priorities for ....the next 20 years.