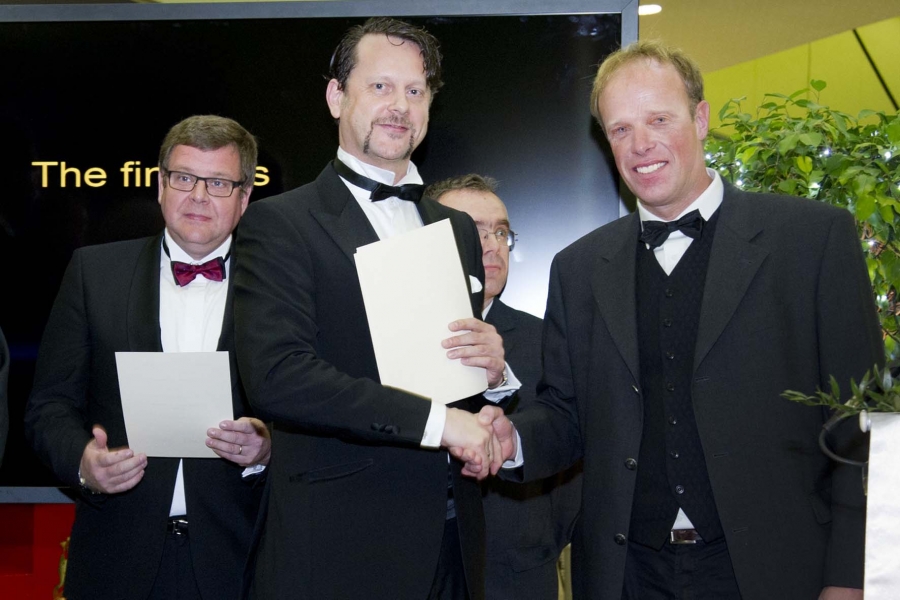 At the international Museum "Micheletti Award" a great success was reached for the new National Park Centre less than a year after its opening: 3rd place for the "Haus der Berge"! Its boss Ulrich Brendel (r.) received the award at the Riverside Museum in Glasgow / Scotland by the chairman of the international jury, Dr. Charles Borromeo Murr (2nd from left).

The first prize went to the Science Museum "MUSE" (Museo delle Scienze) in the Italian town of Trento. The "Micheletti Award" is an award for innovative and contemporary exhibitions and museums in Europe and is awarded annually by an independent commission.

Source: Press release of the National Park Berchtesgaden on 12/05/2014