Rando Ecrins and Biodiv'Ecrins: transferable tools behind the scenes 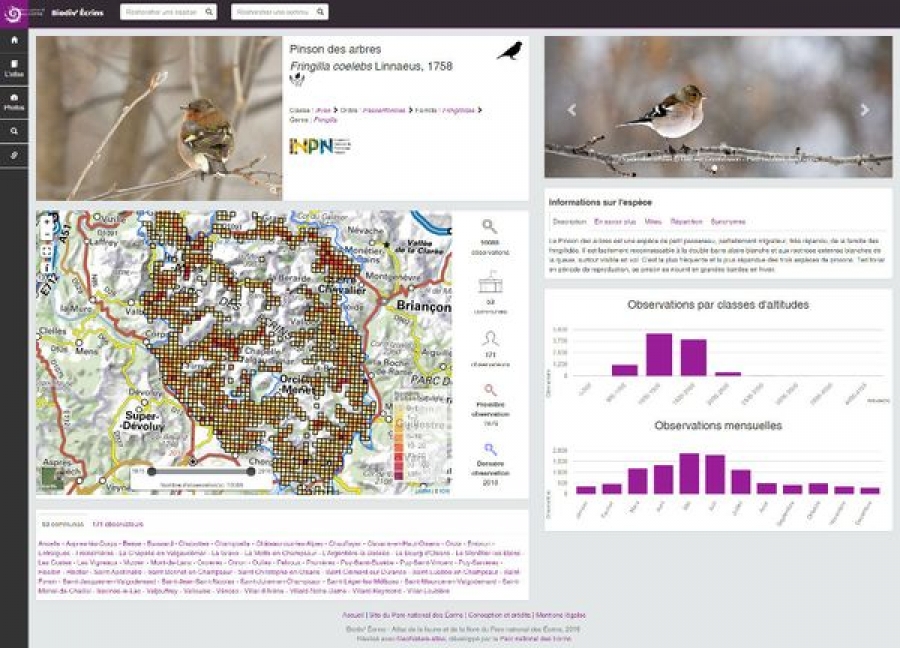 With the aim to make a vast amount of data available to naturalists, tourists and other interested users online (e.g. trails, information on and observations of species), the Ecrins national park has developed open source tools since 2012. This makes them available to other protected areas. Why not also to you?

Biodiv’Ecrins is the most recent application. With this online portal, the national park has made accessible 500,000 observations of more than 4,000 species of the park’s flora and fauna, gathered since its creation in 1973. This atlas presents in a unique manner the region’s biodiversity. Rangers feed it with observations in real time via tablet. Behind the application stands the tool Geonature-Atlas, an open source application developed by the national park staff. Its open source character and its adaptability make it highly transferable. It is possible to feed the Atlas with any kind of database.

The approach grounds on the experience of the national park with Geotrek: Geotrek is a management and online valorisation tool of trail networks. It enables the users to manage a trail network comprehensively (signs, trail works) and valorize the touristic offer along itineraries and routes by the integration of local natural and cultural sites. Published under an open source licence, more than 40 protected areas and other organisations in France already use Geotrek. It is available in French, German, Italian and English and can easily be translated to other languages. For examples, see the web portals and smartphone applications of the Ecrins national park Rando Ecrins (hiking offer) and Grand Tour of the Ecrins (route tourism offer).