3rd and last InnovAlps workshop: Innovation in the Baronnies provençales 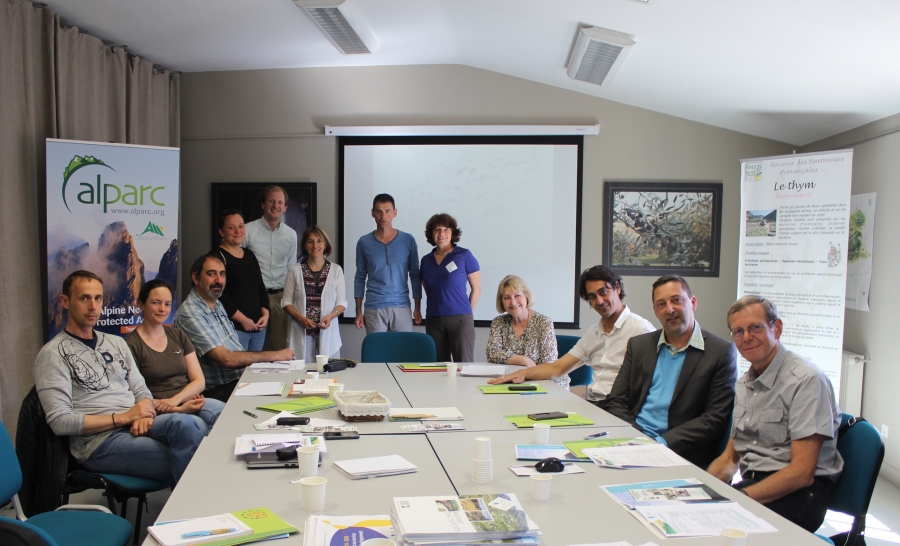 The third and last InnovAlps workshop took place on the 21st and 22nd of June 2016 in the Regional nature park Baronnies provençales. Situated between the Southern Alps and the Provence, the Baronnies massif is at the crossroads of Alpine and Provençal influences. The place is famous for its valuable and diversified local production, its open landscapes, its typical agricultural and built heritage and its geology and biodiversity.

In this vast territory (half of the villages has less than 100 inhabitants), the nature park administration spearheads many rural development initiatives and coordinates innovative actions in collaboration with a large network of local actors. Some of them, together with the park staff, had opportunity to express themselves during the workshop in June. They underlined the importance of the park’s development charter as a guiding principle for their actions in favour of a sustainable, economic and solidary development. In order to support such a development, the actors think that it is essential to relocate the local economy, based on local resources and production. The region needs to sustain and promote mountain agriculture through diversification and a quality approach. In the Baronnies region, agriculture is a key sector that employs 18% of the working force.

One innovative initiative in this perspective is a network of about fifty producers and buyers (artisans, restaurateur and small shops). The aim was to improve local products sales and to facilitate supply. In 2013, the network became institutionalised with the creation of the association “Short circuits in the Baronnies Provençales”. In cooperation with the park and the department, an online shop was created which facilitates the link between producers and buyers. It also allows improving logistics in this vast territory, with collect and pick-up locations. The Association members ensure the quality of their products by signing a common charter on top of their official certifications (AOP, IGP, AB, …).

The participants also discussed other projects of the park: the development of touristic offers that valorise the outstanding quality of the night sky, natural and cultural heritage education or the promotion of new work and life styles, such as co-working. Gilberte Bremond, deputy director of the park, underlined that the French Regional nature parks have the explicit mission to innovate, to “realise experimental or exemplary actions”. Innovation is in their DNA, so to say. The Swiss and Austrian participants benefitted from the experiences and were able to collect ideas for their own territories.

InnvAlps is coming to its end

The InnovAlps project is a search for innovative approaches and alternatives for development of protected area regions. Three pilot regions, all classified nature parks, have engaged in a transnational exchange on innovation. They have presented their projects in the fields of tourism, local production, environmental education and more generally governance and cooperation on regional level.

The last InnovAlps event will the final conference on September 29th and 30th, 2016, open to all interested persons. It will take place in the regional nature park Pfyn-Finges in the Valais (CH). Under the title « Alpine Nature Parks – Model for Change », the conference will present the results of the project. The event will also be the occasion to discuss further actions within the ALPARC network in the working field of regional development.