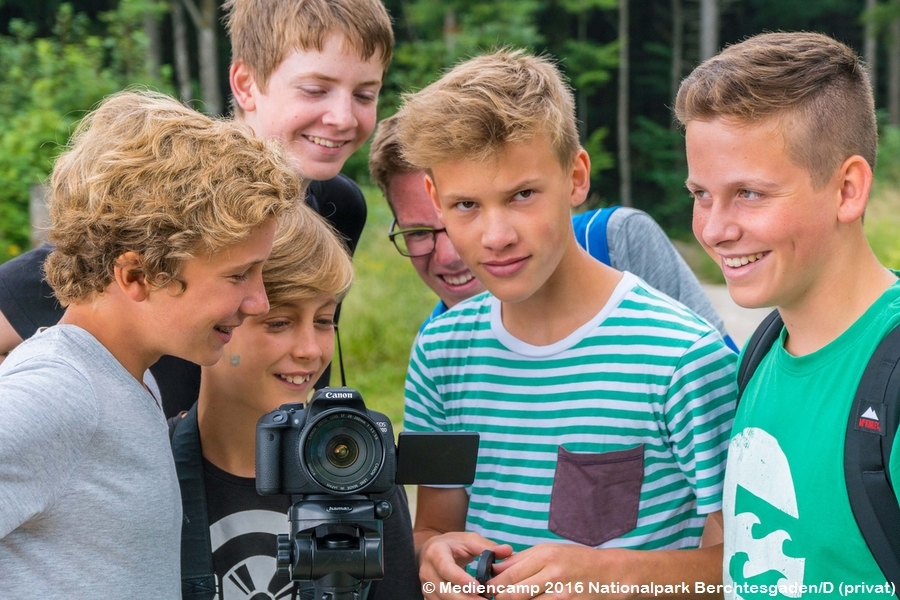 Ten young people aged from 12 to 15 recently took part in the “Media Camp” organised by the Berchtesgaden National Park in Germany.

“My objective was to get the youngsters to take more time over taking a photo and so be more aware of how they were doing it. They learned to experiment with the camera settings rather than snap away willy nilly,” explains Mark Walter, the professional photographer who for the second time was in charge of the camp.

Can nature and the media really go hand in hand?

“Absolutely”, according to Julia Herzog, in charge of environmental education at the National Park: “Nowadays young people can no longer imagine their lives without modern technology. So for that very reason we want to use this activity as an appetizer to get them to take an enthusiastic interest in the nature around them.”

Thus the camp programme offered notably: a thematic introduction to the aesthetics and composition of the image – A debate on the meaning of the term “Wilderness”- The choice of a personal theme related to the Wilderness – A hike , taking photos and making films on this theme , but also: games, meals and cookery together , a night in a refuge…